How NOT to Use Anki Efficiently

Like I said in the intro, what’s holding you back from becoming more efficient at studying with Anki is how you’re optimizing it.

Let me give you a brief overview:

Symptom: Anki takes too much of your time despite having tried solutions to “optimize” it
Cause: Tool-first thinking

Fundamentally, though, here are the 2 biggest problems I see when people try to “use Anki efficiently”:

To give it a concrete definition, it means “thinking that a single tool (or an accumulation of it) — when fully optimized for efficiency — will help you achieve more results NOW or in less time.”

In contrast, there are people who use Anki efficiently (or any tool/tactic/tip, for that matter) because they think the exact opposite way of tool-first thinkers:

It even FEELS logical.

But as you’ll soon discover, it’s a time-sucking pitfall.

Although I came up with the name “tool-first thinking,” you’d see this maladaptive way of thinking EVERYWHERE — not just in Anki.

Example #1. Non-Anki users who think “tool-first” often focus on note-taking tools or productivity apps rather than the mental processes for note-taking or the principles of productivity, (or effectiveness) respectively. They’d rather procrastinate on YouTube to watch study tips or tools rather than actually study.

Example #2. In the social skills world, tool-first thinkers focus more on what “psychological tricks” to use, or what certain “body language” is best to “become more attractive/likeable/famous” instead of focusing on having an interesting life, cultivating their passions, and fixing their crappy personality.

Example #3. In the fitness industry, tool-first thinkers worry more about their supplements than they do on their own diet. They focus more on what is the “best exercise” when the overall program is much more important.

For tool-first thinkers, all they think about is “how can I get results NOW using this special magic pill” rather than how they can avoid time-wasting rework in the long run.

I’ll show you what I mean later, but first, you have to know one thing:

Here’s how to find out.

How to Spot Tool-First Thinkers In The Wild

I want you to keep these two in mind as you read:

You’ll see how these two come up over and over again with each tactic tool-first thinkers use.

I’m going to make this more specific to Anki, but as you gain experience in using other tools, you’ll see that this applies VERY WELL to them, too.

Problem: “Anki takes so much time to use”

Again, I want you to read each bullet carefully so you can see how tool-first thinking is evident to each.

Do you see how each of these optimization strategies is “stuck in Anki,” i.e. functional fixedness?

Do you see how each bullet is based on wanting to “get results NOW/FAST”?

It’s as though the goal is NOT retention or learning, but rather “to optimize Anki.”

And you’re probably familiar with this — it’s the exact reason why tool-first thinkers end up creating POOR quality flashcards like these:

Overall, tool-first thinkers believe that if they do things faster by “life hacking” Anki—often during flashcard formulation—they will save a lot of time and “remember more information” in less time.

But do they really save time?

How Tool-First Thinking Sucks Hours Of Your Life Into Vortex

What do you think?

Do you think making “more flashcards in less time” actually help you save time?

To find out, let’s take two hypothetical (and generous) case studies, and compare the results in two weeks time.

I’ve also made you a spreadsheet so you can see this better.

As you see in the picture…tool-first thinkers had saved themselves 40 minutes for a single subject in Week 1.

That’s obviously because they life hacked their flashcards.

On top of that, they freed up 40 minutes just for 1 subject.

Imagine having 3 subjects to learn.

Now, let’s fast forward to week 2 when Topic B arrives.

Here’s where problems start to creep in.

See, when you’re using “life hack flashcards”, it becomes almost impossible to retain anything that’ll be useful in the future.

As you’ll discover later, they blatantly SKIP the 2 (out of 3) important stages of information encoding, thus making your retention WAY poorer.

Ultimately, people who use this strategy often end up wasting even more time:

That’s why when Topic B arrives and it requires that you fully remember Topic A before you can understand it, you’d end up with 2 problems:

In the meantime, while tool-first thinkers smash their heads to information absorption…

…their Infinite Game Mindset counterparts have just finished Topic B in a single pass.

Infinite Game learners had saved themselves almost 2h:5m of total work PER SUBJECT. (See below)

And again, that’s only for a single subject.

How much time do you think you’re going to save if you do this for 3 subjects? 5? Or 7?

On top of that, repeat this for Topic C, D, E, and so on and you can start to imagine tool-first thinkers saying:

Just picture in your mind how those blunders compound until the end of a semester.

Tool-first thinkers constantly catching up with their lectures but not absorbing anything.

Tool-first thinkers feeling extremely confident with what they’ve studied, but getting their big smiles totally wiped out as they get their exam papers.

I don’t even wanna think about it.

And yes — just a single way of thinking will do that.

How is this possible?

At first, Infinite Game learners would “learn slow” or “take a lot of time to study”.

They’d eliminate every distraction and process the hell out of what they’re reading.

They’d read proactively, rather than reactively.

And the payoff is that they can UNDERSTAND and remember almost everything they’ve studied until the exams — no matter how big it is.

Best of all, when you think about the payoffs of their efforts in the long-term, you’ll find that they can comprehend new, complex topics much quicker than others.

Point is, while tool-first thinking strategies DO save time in the short-term, they actually make you spend more time in the long run — often in the form of:

But by now I trust that you’ve already come to the same conclusion:

Using tool-first thinking strategies ultimately WASTE your time, give you NO meaningful results, and ADD MORE WORK in the long run.

Do you think you’re the only one who’s acting like a tool-first thinker?

Heck, why isn’t anybody telling you this?

I mean, SURELY those YouTube channels and big sites would tell you about this, right?

If it’s so powerful, why isn’t it famous yet?

Let me reveal the “secrets” to you once and for all — the dark truth I learned working for almost 3 years in the content industry.

Why it’s more common than you think

There’s a popular story out there about a couple of blind men and an elephant. It goes like this:

A group of blind people approach a strange animal, called an elephant. None of them are aware of its shape and form. So they decide to understand it by touch. The first person, whose hand touches the trunk, says “This creature is like a thick snake”. For the second person, whose hand finds an ear, it seems like a type of fan. The third person, whose hand is on a leg, says the elephant is a pillar like a tree-trunk. The fourth blind man who places his hand on the side says, “an elephant is a wall”. The fifth, who feels its tail, describes it as a rope. The last touches its tusk, stating the elephant is something that is hard and smooth – like a spear.

When you don’t know what the big elephant really looks like, it becomes SO easy to conclude that the thing in front of you is a thick snake, a tree-trunk, or even a spear.

In our case, when we don’t know how our tools fit in the big picture, it becomes easy to conclude that it is the entire picture.

We base our decisions and actions based on that false assumption. And it’s no wonder why we end up disappointed with our results.

(Side comment: This reminds me of the AOT Manga…are you familiar with it, by any chance? Well, that should drive it home for ya. Anyways…)

On top of that, when you get stuck with your frustrating study problems, you can’t help but want instant relief, right?

And that’s exactly where the story starts.

Tell me, have you ever wondered why their titles and content sound all the same? (i.e. outrageous claims and underwhelming content)

“This note-taking tool will change your life!”

“This hack will 100x your productivity”

Ever wonder why you’ve always had the feeling that there’s a “secret” to studying that everyone except you knows?

It’s all because of a messed up dynamic:

These “influencers” know that if they create content that specifically attracts tool-first thinkers, they’ll be able to get your attention.

Of course, they’ll avoid the root cause.

Of course, they’ll start to hype up whatever shiny object they come across.

They’ll do this EVEN at the cost of recommending things that actually waste your time.

Why is this the case? Because that’s the type of content that generates views.

Most people don’t like to hear shit like “you’re a tool-first thinker, and I’m here to show you the root cause of your problem.”

They’d prefer hear things like “Oh here’s a Notion Template that will make you finish 100X more work without working.”

You can hate me for saying this, but let me ask you a small favor:

I want you to think about how many people try to become “influencers” by doing all of the things I mentioned above.

As you’ll realize, it’s exactly why tool-first thinking is a more widespread problem than most people think.

So if you’re tired of that BS, here’s what’s next.

I’m going to show you the big picture that’s invisible to almost everyone.

I’ll make you “see the matrix,” so to speak. 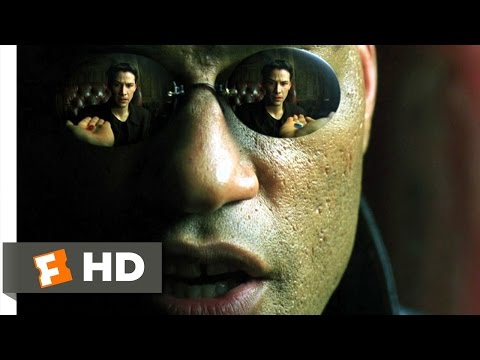 You’ve already come this far, have you? So let me be your “Morpheus” for a sec.

Right now, you have two choices:

If you chose the “blue pill”…then the story ends here. Please don’t continue to the next lesson.

Otherwise, here’s a quick “trip” of the “red pill.”

The “real study problem” I told you about at the beginning of this lesson.

But before I show it to you, let’s go back and summarize everything you’ve learned so far.

In a nutshell, here’s what ALL of the problems and symptoms above looks like:

Now let me ask you:

Do you think it has ever occurred to tool-first thinkers to optimize efficiency outside of Anki?

That, my friend, is exactly why they’re stuck.

The reason why you might be stuck as well.

Tool-first thinkers keep addressing “issues” that are not even the constraint of their system.

They think it’s their “settings”.

They think it’s their “add-ons”.

It’s not that you’re not “using Anki efficiently”. The reality is that the other two-thirds of your study system is inefficient.

Put another way, one problem is that tool-first thinkers are unaware of the big picture.

They don’t realize that Anki is just a small piece of the “efficiency puzzle”:

And here’s the catch:

Specifically, the right kind of information that guides better implementation.

That which gives you clarity and coherence.

Why? For a simple reason: